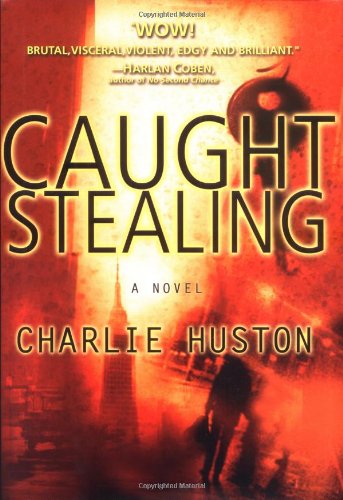 There's no end to Hank Thompson's troubles. Once a star high school baseball player, he's now reduced to tending bar at a neighborhood dive on Manhattan's Lower East Side. During his long life-skid, Thompson has picked up a drinking problem, a pair of bad feet, lots of debt and little ambition. But for Thompson, hero of Huston's dark, hard-driving debut, the worst is still ahead. It begins when Thompson agrees to cat-sit for his neighbor, a dubious character named Russ. Within a few days, Thompson is ambushed by a pair of Russian thugs who beat him so badly he has to have a kidney removed. While he's recovering, he discovers a key tucked under the liner of the cat's carry box. This turns out to be a crucial bit of information, as he realizes when the Russians return, led this time by a dirty police detective, and demand to know what Russ left with Thompson besides his cat. When they're spooked by a fire alarm, Thompson escapes long enough to get his hands on the stash everyone's after: $4.5 million in cash. But of course, his troubles aren't over. Bodies pile up at a dizzying rate but the mayhem is riveting, despite a few credibility gaps. Huston shows a masterful command of first-person narration, deftly chronicling Thompson's gradual slide from victim to avenger ("I'm tellin' you, Hank, watchin' you, it's like watchin' a egg get all hard-boiled. No shit"). The story moves with the speed of the best chase novels, and Thompson possesses a self-deprecating spirit that will keep readers rooting for him even as he edges closer to the point of no return.