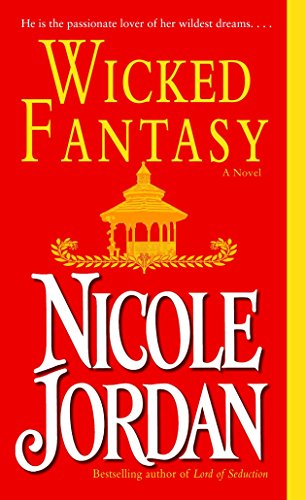 Romance readers who believe "heavy on sensuality" equals "light on character" would do well to pick up the latest Regency by Jordan ( ), who deftly discloses her hero and heroine's depths even as they de-clothe each other. Again featuring the adventures of the Guardians of the Sword, a secret society pledged to protect the weak and fight tyranny, Jordan spotlights Trey Deverill, a handsome, virile, pirate-battling ship captain who returns to London to safeguard beautiful heiress Antonia Maitland. Antonia's father died mysteriously, and Deverill suspects her well-born fiancé is involved. When Antonia rejects Deverill's warnings and her fiancé sets Deverill up for murder, the captain has no choice but to abduct Antonia to secure her safety. In the process, Deverill discovers an unexpected danger: losing his heart to the spirited girl. Seduction, masked balls, houses of ill-repute and the stirrings of first love swirl into an intoxicating mix. Once more Jordan proves that she well deserves her reputation for delivering both steamy scenes and an emotional punch. .

In our June 20 review of Sandra Brown's , the publisher was incorrectly identified. It is Simon & Schuster.