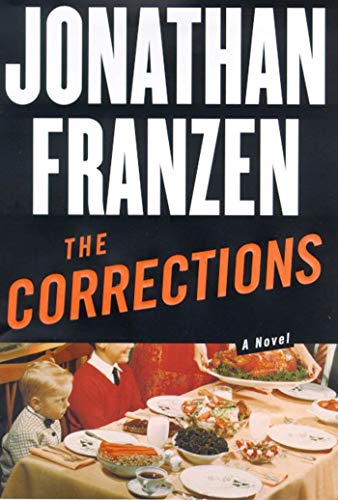 If some authors are masters of suspense, others postmodern verbal acrobats, and still others complex-character pointillists, few excel in all three arenas. In his long-awaited third novel, Franzen does. Unlike his previous works, (1988) and (1992), which tackled St. Louis and Boston, respectively, this one skips from city to city (New York; St. Jude; Philadelphia; Vilnius, Lithuania) as it follows the delamination of the Lambert family—Alfred, once a rigid disciplinarian, flounders against Parkinson's-induced dementia; Enid, his loyal and embittered wife, lusts for the perfect Midwestern Christmas; Denise, their daughter, launches the hippest restaurant in Philly; and Gary, their oldest son, grapples with depression, while Chip, his brother, attempts to shore his eroding self-confidence by joining forces with a self-mocking, Eastern-Bloc politician. As in his other novels, Franzen blends these personal dramas with expert technical cartwheels and savage commentary on larger social issues, such as the imbecility of laissez-faire parenting and the farcical nature of U.S.–Third World relations. The result is a book made of equal parts fury and humor, one that takes a dry-eyed look at our culture, at our pains and insecurities, while offering hope that, occasionally at least, we can reach some kind of understanding. This is, simply, a masterpiece.