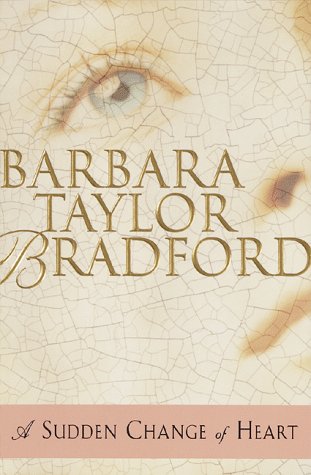 A Sudden Change of Heart

Another version of the indefatigable, headstrong heroine that's been Bradford's trademark since she first published A Woman of Substance 20 years ago appears here in a watered-down version as Laura Valiant, a New York art dealer who specializes in impressionist and post-impressionist works. Laura has what she thinks is a storybook marriage, and her closest childhood friend, Claire Benson, now publisher and editor-in-chief of a French interior design and art magazine, offers contrast as a bitter, divorced woman who dotes on her teenage daughter. Bradford's exploration of the relationship between the two women depicts a series of heartbreaks and scandals, most with more surface than substance. Claire's hidden past of childhood abuse, foreshadowed early in the book, makes the other characters appear obtuse for missing obvious clues. Meanwhile, Laura's ""perfect"" husband turns out to be bisexual, Claire's difficult ex-husband reappears in her daughter's life and Claire ends up confronting advanced breast cancer and battling for her life with Laura's loving support. The book tackles these all-too-familiar issues with a kind of stilted preachiness, and with often repetitive dialogue and a formulaic romance involving Laura and Claire's ex-husband. Contemporary headlines about Holocaust survivors demanding the return of Nazi-looted, privately owned works of art that surfaced in museums and private collections forms an important part of the plot, but Bradford's material on this controversial subject reads more like a newspaper article than an integrated theme. The saving grace in this, her 15th novel, is an echo of the memorable Emma Harte from Bradford's debut publication in Laura's grandmother, Megan Valiant, a strong-willed, charismatic woman who, with her colorful past and candid wisdom, will strike most readers as the real heroine of the saga. National author ""High Tea"" tour. (Feb.) FYI: This novel marks Bradford's return to Doubleday after several books with HarperCollins.
close
Details