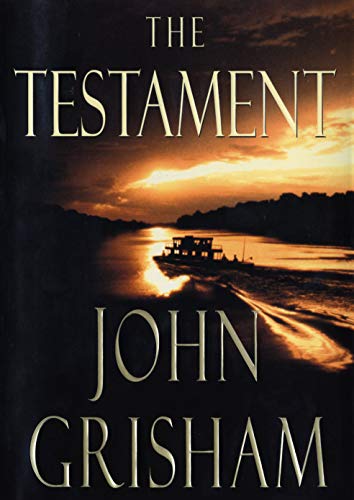 A traditional gangbuster Grisham opening--in which an aged billionaire outfoxes his greedy heirs by signing a bombshell will, then jumps to his death--gives little clue how this seductive tale will develop. The novel also features the usual attorney hero and legal action, but Grisham confounds expectations by sweeping readers into adventure in the Brazilian wetlands and, more urgently, into a man's search for spiritual renewal. Nate O'Riley, 48, is a drunk. He's also a top D.C. attorney who, winding up his fourth rehab stint in 10 years, is asked by his firm to find one Rachel Lane. The illegitimate daughter to whom the firm's client, tycoon Troy Phelan, has left his entire $11 billion fortune, Rachel is a missionary-physician tending Indians somewhere in Brazil's Pantanal region. Nate's experiences there prove nightmarish, including fierce storms, a plane crash, dangerous animals, hunger and, finally, dengue fever, which nearly kills him. But as Grisham crosscuts from Brazil to D.C. and the sleazy machinations of Phelan's other children and their lawyers to negate Phelan's will, readers will wonder which is the real jungle; never has Grisham revealed so nakedly his contempt for the legal profession. What Grisham holds dear is made clear in his unforgettable portrait of Rachel, whose serenity and integrity stun Nate, while inspiring him to forsake forever his lust for booze, power and money and to turn toward God. The message (which isn't entirely new to Grisham; see The Street Lawyer) and the storytelling that conveys it aren't subtle, but Grisham's smart use of the suspense novel to explore questions of being and faith puts him squarely in the footsteps of Dickens and Graham Greene. Sincere, exciting and tinged with wonder, this novel is going to sell like an angel, and deservedly so. Agent, David Gernert. 2.8 million first printing. (On-sale date: Feb. 1)
close
Details