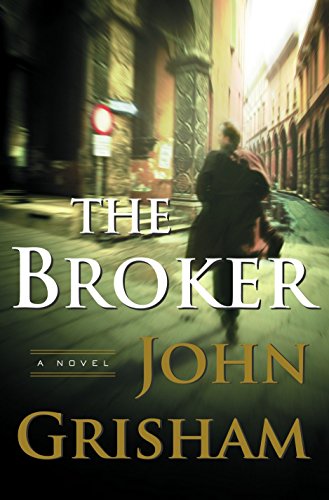 Readers will find an amiable travelogue to Italy and its charms in Grisham's latest. What they won't find are the suspense and inspired plotting that have made the author ( , etc.) one of the world's bestselling writers. Yet Grisham remains a smooth storyteller, and few will fail to finish this oddball tale of what happens to ruined D.C. powerbroker Joel Blackman, 52, when he's suddenly released from federal prison after six years. Teddy Maynard, legendary CIA director, has engineered the release in order to put Joel into a variant of the witness protection program and then see who kills him. Many want him dead—the Saudis, the Israelis, especially the Chinese—because of his role in trying to sell a global satellite spy system that would alter the world's balance of power; that was what got Joel imprisoned, and the CIA hopes that whoever kills him will clue them in to who may have access to the satellites. Joel is relocated to Bologna, and much of the narrative consists of his touring that city, its historic sights and its many restaurants, and learning Italian ways from his male handler, Luigi, and his language tutor, Francesca—a middle-aged woman with whom he falls in love. A major subplot concerns Joel's secret dealings with his stateside son to prepare for escape from Bologna if necessary. Eventually, the CIA leaks Joel's whereabouts to his enemies, who dispatch killing teams. Can Joel broker his way to safety? There's some depth to the troubled relationship between Joel and his tutor, but otherwise the novel reads like a contented afterthought to a memorable Italian vacation, with little action or tension, plastic characters and plot turns that a tricycle could maneuver. Still, anyone wishing to learn how and why Bologna built its famed porticos, why to be wary of most Italian desserts and how to send an encrypted wireless message using a global cell phone will find that information cheerfully given here.