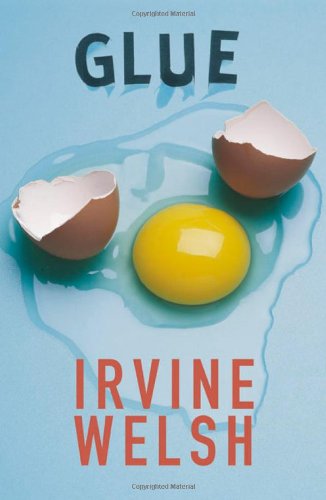 Spanning four decades, Welsh's first full-length novel since 1998's Filth chronicles the friendship of four boys from the Edinburgh projects who cling together through football brawls, ""shagging"" ordeals, encounters with the law, drug experimentation and loss. The POV of this brutally dark tale shifts smoothly among the friends, showcasing Welsh's finely tuned ear for dialect as well as his ability to craft rich, memorable characters. Although the lads differ in many ways Juice Terry Lawson is a bawdy ladies' man with an eye for resalable goods; Billy ""Business"" Birrell is a rational-minded, all-around athlete with an iron fist; NSIGN Carl Ewart is a philosopher king and a talented disc jockey; ""wee"" Andrew Galloway (aka Gally) is a warmhearted but luckless drug addict they are bound by the same set of principles: never hit a woman, always back up your mates and never snitch on anyone. Welsh's prose is sometimes coarse and sometimes surprisingly introspective as he describes the introduction of new technologies into factories and contemplates changing mores in Scotland. These general observations give depth to the foreground adventures of Terry, Billy, Carl and Gally, who, despite changing circumstances, strive to stay mates as they approach middle age and the new millennium. A character from Trainspotting makes a cameo appearance during a bungled heist, and readers will note other correspondences with Welsh's cult classic. Stocked with his usual quirky, sympathetic characters, this rollicking new tale sparkles with the writer's trademark satiric wit. Its heft and narrative breadth should convince any remaining skeptics that Welsh now effectively the grand old man of in-your-face Scottish fiction is a writer to be taken seriously. (May) Forecast: Considerably longer than any of Welsh's previous efforts, this brick of a book will sit well on display tables. Loyal readers will likely pack readings on a nine-city author tour; if critics pay homage, too, this could be Welsh's biggest seller since Trainspotting.
close
Details