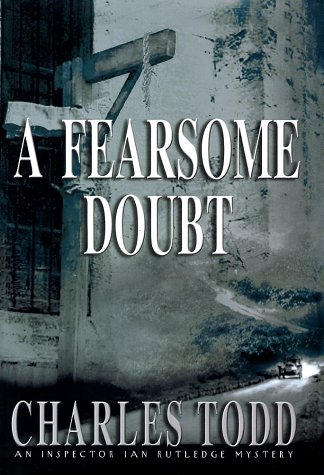 This brilliant and gripping whodunit may well be the best of Todd's six Rutledge novels (, etc.). Featuring as its protagonist a Scotland Yard inspector who is among the walking wounded after his WWI traumas, the series has always been compelling. This time, Todd ratchets up the psychological pressures by raising doubts about the one aspect of Rutledge's life that he has felt secure about: his prewar accomplishments as a policeman. The widow of a convicted killer, who went to the gallows for preying on the infirm elderly, confronts him with a missing jewelry piece found in a neighbor's possession, suggesting that Rutledge helped execute an innocent man. Reopening the inquiry requires caution not only because of the soul-searching it provokes, which threatens to shatter the inspector's tenuous grasp on sanity, but also because the case contributed to his superior's promotion. This old mystery becomes only one of the puzzles Rutledge must resolve when he's ordered to investigate the poisoning deaths of three disabled soldiers. The solutions to both sets of crimes are logical, satisfying and unexpected, but it is the character of Rutledge himself—intuitive, exquisitely sensitive to mood, the emotions of others and the significance of what is left unsaid—that makes this both an outstanding historical mystery and literate period fiction.