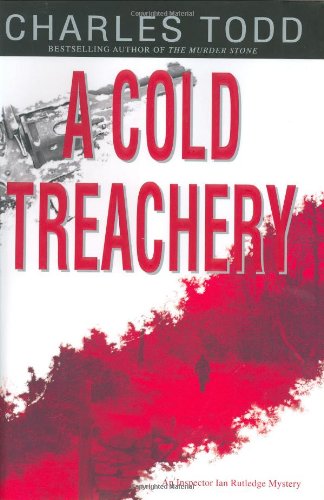 Traditional mystery lovers who prefer their whodunits enriched with psychological insight will heartily embrace Todd's seventh Inspector Rutledge novel (after 2002's ). Still haunted by the ghost of a corporal whose execution for insubordination he ordered during WWI, Rutledge fights a constant battle to hang on to his sanity by devoting himself to his detective work for Scotland Yard. This time, the brutal massacre of the Elcott family, including two adults and three children, takes him to the Lake District town of Urskdale. While the local authorities prefer to blame an outsider for the murders, the inspector quickly finds the hidden passions churning beneath the stolid surface of the small rustic town. Since one family member, a 10-year-old boy, wasn't found with his relatives' bloody corpses, Rutledge pursues clues suggesting that the missing lad may be either a potential future victim or the killer himself. Todd's ear for dialogue is superb, and he effortlessly conjures up the harsh life of a simple farm community through his vivid characters. As with its predecessors, this novel is imbued with tragic sadness, and Rutledge's struggle with his own demons serves as a moving counterpoint to the searing pain of other characters trapped by circumstances or emotions beyond their control. Perhaps this superb effort will bring Todd an audience to match the deserved critical acclaim he has received.