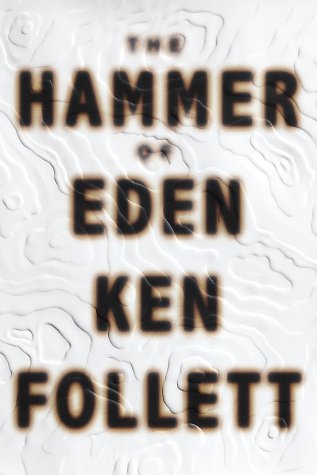 The Hammer of Eden

After 20 years of writing bestselling novels, Follett is enough of a pro to produce a reliable page-turner from a flimsy premise--as he does here. His working out of how a rural, socially radical California commune moves not heaven but earth to stave off the loss of their land to a government dam and the ensuing flood is smartly paced if nearly devoid of inspiration. What distinguishes it is not the communards' weapon, a stolen seismic vibrator generally used by oil companies to sound for liquid gold but also handy for starting earthquakes. Nor is it the mechanical progression of the plot, as the radicals, calling themselves the Hammer of Eden, escalate threats and consequent quakes in order to blackmail the state into halting the dam until the finale finds them about to devastate San Francisco. Nor is it the by-the-book chase of the terrorists by a headstrong female FBI agent who might have walked onstage from any of a dozen other thrillers. What does--other than its efficient telling--raise the novel above mundanity is the depth of characterization of its villains, a Follett forte since his splendid debut in Eye of the Needle. Follett devotes many pages to backstory, creating in Priest, once a smalltime hood and now the commune's leader, in Star, his hippie earth-woman, and in Melanie, a bitter young beauty who throws in with the commune, fully realized outcasts, crazed and desperate idealists whose actions are as believable as they are heinous. All else in the novel, including the perfunctory prose, serve only to push the story quickly through its paces, but Follett's troupe of lost souls makes it dance to a memorable, mournful tune. Agent, Al Zuckerman; major ad/promo; simultaneous Random House audio and large-print edition. (Nov.)
close
Details