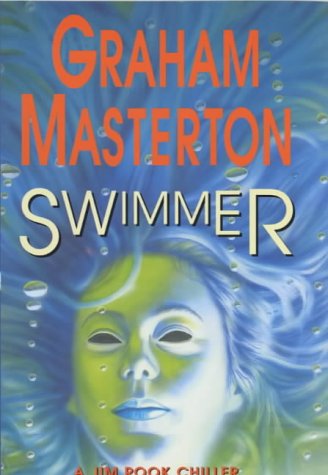 Like the start of a new school year, Masterton's novels of paranormally sensitive English teacher Jim Rook are full of energy and bustle that usually dissipates once the regular routine resumes. This fifth adventure (after ) finds Rook preparing to leave his remedial class at Los Angeles's West Grove Community College for a new job at the Department of Education in Washington, D.C., when he's delayed by a former student who begs him to investigate inexplicable circumstances surrounding the drowning of her child. This proves only the first of several instances in which Rook's students and friends are victimized by a "swimmer," a vengeful spirit that manifests frighteningly in shapes of water or boiling steam. With the help of Susan Silverstone, an ex-student turned psychic, Rook traces the swimmer's origins to a tragic episode in the school's recent history, and suffers several near brushes with drippy death as he plots its exorcism. Though the story features some inventive supernatural incursions—including the awesomely animated contents of a swimming pool forcing its way into a house—it's ultimately grounded in the same plodding homilies of personal responsibility and episodes of instructive poetry reading that serve as ballast in its predecessors. The swimmer's assaults give the plot occasional jolts but become so repetitive that only a bizarre moment of feline ex machina at the climax relieves their monotony. Still, the amiable Rook is fun to follow, and the mix of classroom capers and occult horror will put readers in mind of a bush-league Buffy bonanza.