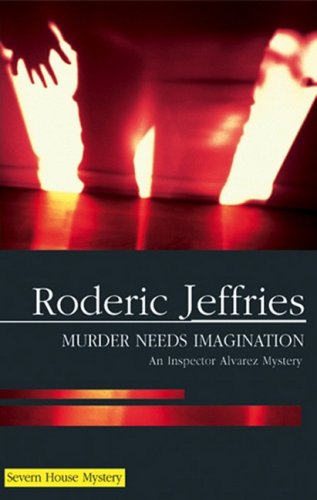 One doesn't read a new Inspector Alvarez mystery so much as savor it. Much of the pleasure is in the ritual, which rarely varies: a crime is committed; Alvarez is summoned by Salas, his eternally irritating superior; then Alvarez goes about his business in his low-key style and somehow manages to uncover the truth, despite being browbeaten by his wife at home. This time the Majorcan policeman investigates what appears to be a routine case, the death of Englishman Jasper Vickers, who presumably died in a drunken fall from his balustrade. Yet Vickers has strips of missing hair on his wrists and two horizontal cuts on his neck. When Alvarez dares to suggest the possibility of foul play, he runs up against not only the infernal Salas but Inspector Pocavi, a policeman with a gift of invective to match Salas's own. Eschewing slam-bang action, Jeffries ( ) offers solid craftsmanship and an eye to the details of everyday life so many other crime writers miss. A new Alvarez novel is always cause for celebration.