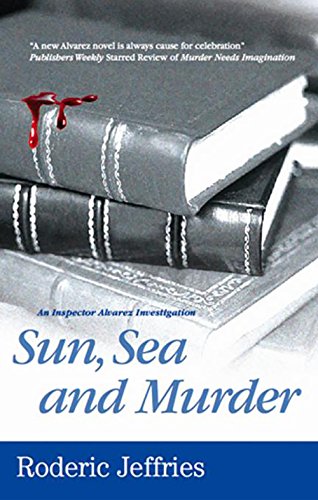 Mallorcan Insp. Enrique Alvarez has his priorities, and pursuing criminals is far down a list headed by good food, good liquor (preferably cognac) and plenty of rest and relaxation, as shown in his latest outing in Jeffries's long-running series ( , etc.). British authorities ask the Cuerpo (the civil police) to determine if wealthy Englishman Cyril Tyler, a suspected hit-and-run driver in the deaths of two people, is on the island. Alvarez finds Tyler and the car, but then the investigation takes a more serious turn. Lengthy phone sallies between Salas, the inspector's difficult boss, and Alvarez will delight Jeffries fans, Salas criticizing every aspect of Alvarez's reports. Alvarez, of course, placidly carries out Salas's orders in his own peculiar way. The foibles of the island's foreign residents and tourists add to the fun. In the end, Alvarez demonstrates the superiority of his easygoing lifestyle as he manages to find not only truth but justice.