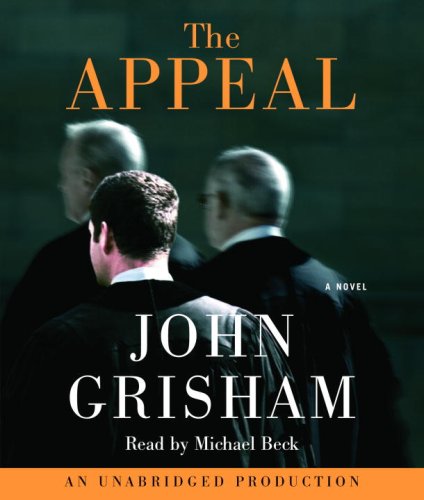 A Mississippi jury returns a $41-million verdict against a chemical company accused of dumping carcinogenic waste into a small town's water supply. The company's ruthless billionaire CEO is thwarted and the good guys (a courageous young woman who lost her husband and child and her two lawyers who've gone half a million dollars in debt preparing her case) receives its just reward. This sounds like the end of a Grisham legal thriller, but instead it's the beginning of a book-length lesson in how greed and big business have corrupted our electoral and judicial systems. Grisham's characters are over-the-top. The CEO and the other equally overdone villains—his venal trophy wife, a self-serving senator and a pair of smarmy political fixers—as well as the unbelievably good-hearted, self-sacrificing lawyers and an honorable state judge, are one dimensional. Michael Beck, with his natural Southern drawl, does a fine job of adding credibility and nuance to the large cast. But his efforts are for naught. In fact, the more he makes us feel for these characters, the less apt we are to be satisfied with the sourball moral of Grisham's downbeat discourse.