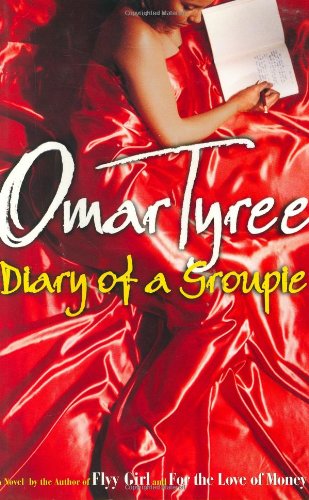 DIARY OF A GROUPIE

Twenty-six-year-old Tabitha Knight, the heroine of this sexy page-turner by Tyree (), doesn't hold down a steady job—she doesn't need to, because she has a string of superrich celebrity boyfriends to help her out. These are the kinds of relationships that Tabitha likes best—plenty of glamour and wining and dining, with no strings attached. Within three weeks of moving to Las Vegas, she has made two new conquests, a former heavyweight boxer and a basketball star. Each day, and with each new relationship, Tabitha turns to her diary, now 13 volumes long, to record the details of her encounters. Tabitha is approached by private investigator Sylvia Green, who wants Tabitha to "get close" to a famous actor suspected of molesting girls and to record whatever information she gets about his crimes in her diary. The operation is being funded by a rich banker who wants justice for his daughter, one of the actor's victims, and Tabitha stands to make six figures. She initially balks at the idea of making her diary public. But she also wants to be able to help out her three foster sisters, Janet, Patrice and Marisol, who are struggling with marriages, money problems, illnesses and brutish boyfriends. And in any case, perhaps it would be worth it just to see the molester in jail. Tabitha is wonderfully levelheaded and sharp, and is surrounded by equally colorful, if less well-developed, characters. The sloppy plotting leaves loose ends, but the unusual premise will easily capture readers' attention.