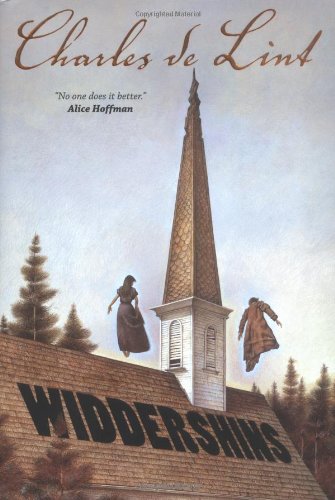 This pleasing addition to the popular Newford saga ( , etc.) brings series characters Jilly Coppercorn and Geordie Riddell together in a romantic relationship that's anything but simple. In de Lint's magic-realist universe, a version of contemporary North America, the supernatural is taken for granted and the occasional skeptic who doesn't understand that everyone else has routine encounters with fairies and Native American earth spirits is left very much in the dark. Many of the characters are folk musicians, one of whom begins the story under magical compulsion to perform for the fairy revels in a shopping mall after closing time. These fairies aren't necessarily of the cuddly sort—early on, a female musician barely escapes possible rape or murder from nasty little men. In the background, a great war is brewing between Native American spirits and those that came over with the white men, a situation that inevitably recalls Neil Gaiman's , to which this more intimate and folksy book compares favorably.