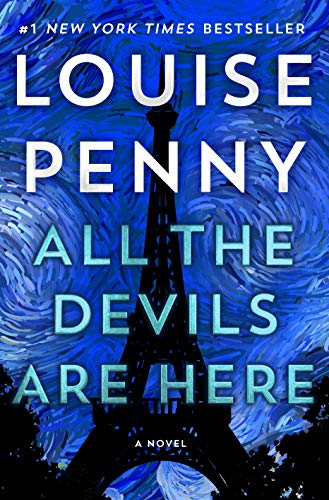 All the Devils Are Here

Bestseller Penny’s exceptional 16th series mystery (after 2019’s A Better Man) takes Chief Insp. Armand Gamache, the head of homicide for the Sûreté du Québec, to Paris for the anticipated birth of a grandchild to his daughter, Annie, who moved to France with her husband, Jean-Guy Beauvoir, Gamache’s longtime number two, after they both got jobs there. The happy reunion includes Gamache’s son, Daniel, also lured to Paris by a job, and Gamache’s godfather, billionaire Stephen Horowitz, who supported Gamache after he was orphaned. Tragedy strikes when Stephen, who made a career of exposing corporate wrongdoing, is hit by a delivery van while crossing the street, leaving him at death’s door. Gamache, who witnessed the attack, tries to persuade the Prefect of Police, an old friend, that the hit-and-run should be treated as attempted murder, only succeeding after he finds the corpse of a stranger, who was shot twice, in Stephen’s ransacked apartment. The tension rises as Gamache tries to investigate both crimes in a jurisdiction where he has no authority, and vital secrets about his family come to light, changing relationships forever. Penny’s nuanced exploration of the human spirit continues to distinguish this brilliant series. Agent: David Gernert, Gernert Company. (Sept.)
close
Details