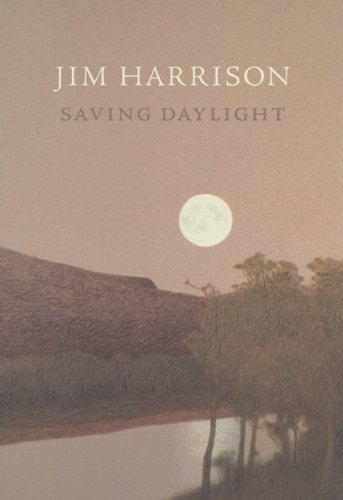 Mountains and forests from the American West, oneiric apparitions and a hard-won, slightly bitter wisdom pervade this 10th book of poems from the prolific Harrison ( ), whose many prose works include . Harrison's passionate, sometimes uncontrolled poems portray his upbringing in northern Michigan and his long residence in the wilds of Montana, where "The moose/ down the road wears the black cloak of a god," and any small "community can drown in itself,/ then come to life again." His tough-guy tone and terse descriptions, along with his unpretentious free-verse line, might recall Gerald Stern or even Richard Hugo. Yet his leaps from topic to topic, his declamations and spontaneous, mystical utterances, suggest instead a Latin American influence—several poems appear both in English and in Spanish in facing-page translations, and several more pay tribute to the wild intuitions of Pablo Neruda.