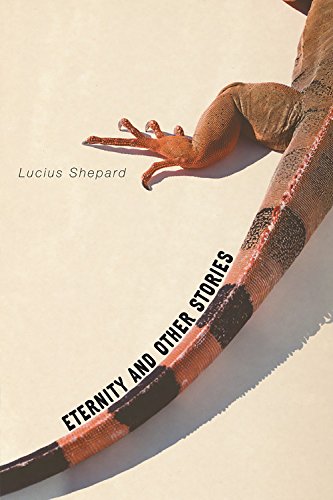 Eternity and Other Stories

Ranging in locale from the ruins at ground zero to war-torn contemporary Iraq and a civil war–ridden corner of a nameless African republic, Shepard's haunting, structurally perfect stories in his latest collection serve as a veritable travel guide to geographic hot spots of tragedy and trauma and the horrors they spawn. In "Only Partly Here," a young man cleaning up the site of the World Trade Center collapse finds direction in his life through a relationship with an enigmatic woman who haunts downtown Manhattan and reveals herself to be a lost soul of a different type. "Eternity and Afterwards" tells of a Russian gangster whose navigation through the occult recesses of a sprawling nightclub captures the Byzantine realities of his country. Shepard ( ) manages a perfect meshing of details that bring the imagined backdrops of these tales to vivid life with the psychological and emotional lives of his characters.