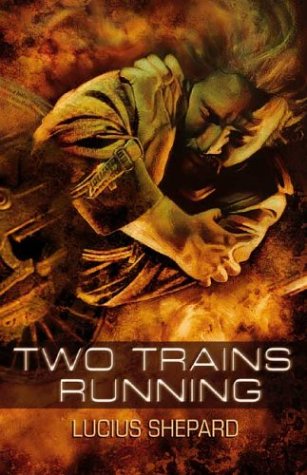 In this fascinating excursion into modern mythmaking, Shepard ( ) draws on his experiences in the late 1990s riding the railroad and researching an apocryphal "hobo mafia" that dubbed itself the FTRA (Freight Train Riders of America) and who were suspects in a number of unsolved murders along America's rail lines. "The FTRA Story," an essay, introduces some of the colorful drifters Shepard shared boxcars with, tempering the romance of the nomadic hobo life with a gritty appraisal of its harsh realities and dangers. He reshapes nuggets of lore from this essay for the two stories that follow, adding luster to their depictions of rail hobos as everymen (and -women) embarked on odysseys of self-discovery and redemption. In "Over Yonder," trainhoppers end up in a limbo-like alternate world whose primal challenges prove important tests for determining whether they are worthy of personal salvation. "Jailbait" (original to the book) concerns a hobo couple whose growing intimacy results in personal transformations that subtly shift the foundations of reality. Shepard effortlessly works the potential for supernatural experience into the unpredictability of his social outcasts' fringe existence. The stories are fantasy writing at its best, in which, as one character puts it, "even the most familiar articles of your life could be turned on their sides, shifted, examined in new light, and seen in relation to every other thing, and thus were possessed of a universality that made them, ultimately, unknowable."