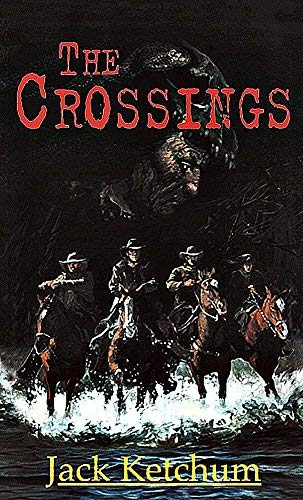 When Stephen King accepted his lifetime achievement garland from the National Book Foundation in November, he spoke of several genre authors worthy of an award nomination, giving Ketchum the most extensive accolade. Ketchum's writing has been praised for its vigor, yet reviled for its violence, ever since his controversial debut with (1980). This novella showcases both aspects of Ketchum's work. Set in 1848, it describes the attempt by three men—narrator Marion T. Bell, an erstwhile reporter who's seen combat in Mexico; John Charles Hart, a renowned scout; and "Mother" Knuckles, Hart's burly, kindly best friend—to rescue from horrific slavery in Mexico one Celine, teenage sister of Elena; the latter was kidnapped along with her sister weeks before, but has escaped and run across the path of the trio. The three men and Elena, guns at the ready, raid the slave-trading camp, crowded with buyers, in an extended, gory shootout that also offers glimpses of sexual violence, including bestiality. There's no doubt that Ketchum is a talented writer—he sets scenes and draws characters with a firm, quick hand, and his prose can blister on the page—but his vision in this novel is so brutal and dark that most readers will close the book with not only admiration but also relief, as if waking from a nightmare in which flashes of lightning offer glimpses of nearly unspeakable cruelty. Ketchum can rightly be called the Goya of horror literature.