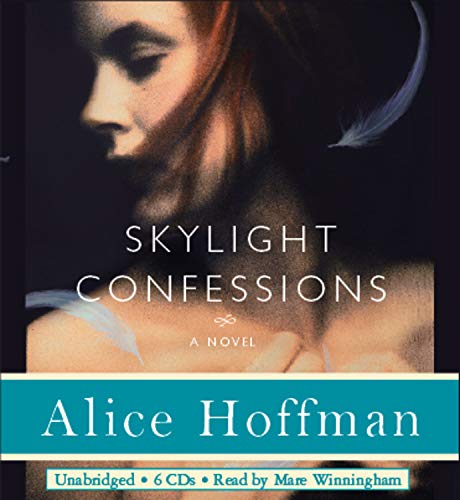 Winningham's narration is just right. Her pronunciation is clear but not exaggerated, and nicely combined with the rhythmic, conversational speed of a good storyteller. She has a rich voice with a good vocal range. This book is another of the wildly popular "ghost" romances that come under the rubric "woman's fiction," and another of Hoffman's dark fairy tales. Orphaned at 17, Arlie determines to love and marry the first man who comes down the street. This is John Moody, a "distant, quiet man" who ignores her and her children throughout their marriage, but is plagued by her ghost after her early death. Arlie's ghost is visible only to Moody and to the narrator, Meredith, who follows the ghost home to the glass house where Arlie lived out her miserable marriage and died. The book is loaded with telltale names and laborious symbols—ashes, dishes, stones, bones, birds, glass and all things red or white—but the characters are as human as fairy tale permits, and Hoffman's prose is lively and absorbing. This book will be a favorite of women's fiction and Hoffman fans.