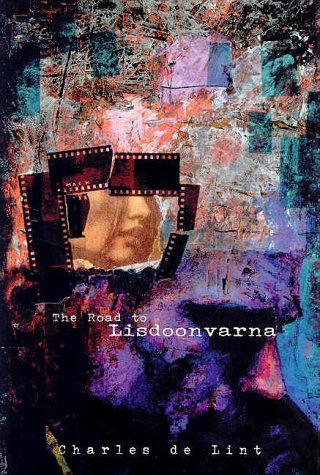 THE ROAD TO LISDOONVARNA

Though known primarily as a fantasy writer, de Lint (; ; ; etc.) once got the bug to write a hard-boiled mystery, in which tough guy P.I. Jevon Swann works the mean streets of Ottawa in 1985—a novel unsold and unpublished until now. Swann, backed by a wise Indian named Jimmy Crackle and the muscular Bo Jeffries (and bull terrier Sooey), gets involved in avenging the gang-rape of a street musician, as well as in tracking down a teen runaway who has been lured into the porn industry. In his introduction, de Lint notes that he was toying with the same ideas as Andrew Vachss, who debuted in that era, but his attempt barely reaches novel-length and often reads like an outline, crowding in many clichés—"It's the personal stake I've got in it that's bothering me. That and the way that what happened to Sammy is suddenly all tied up with my looking for the Menzies kid." Swann becomes obsessed with the notion that he is being set up to take the fall (for what, exactly, one is never sure), and he wants out. But as one porn mogul tells him (with no apparent humor intended), "Maybe you were never in. Did you ever think of that?" Only the references to Celtic music (whence the poetic title) truly evoke the charms of his many fantasy novels, but this deluxe edition preserves a de Lint that might have been—surely of interest to his most devoted fans.