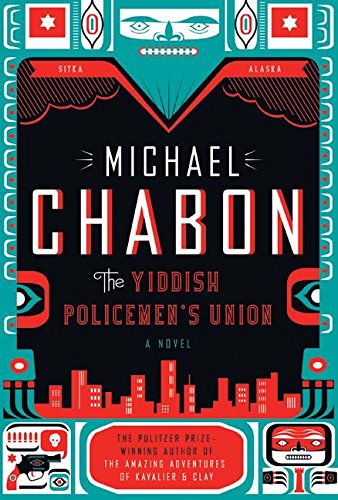 They are the "frozen Chosen," two million people living, dying and kvetching in Sitka, Alaska, the temporary homeland established for displaced World War II Jews in Chabon's ambitious and entertaining new novel. It is—deep breath now—a murder-mystery speculative-history Jewish-identity noir chess thriller, so perhaps it's no surprise that, in the back half of the book, the moving parts become unwieldy; Chabon is juggling narrative chainsaws here.

The novel begins—the same way that Philip Roth launched —with a fascinating historical footnote: what if, as Franklin Roosevelt proposed on the eve of World War II, a temporary Jewish settlement had been established on the Alaska panhandle? Roosevelt's plan went nowhere, but Chabon runs the idea into the present, back-loading his tale with a haunting history. Israel failed to get a foothold in the Middle East, and since the Sitka solution was only temporary, Alaskan Jews are about to lose their cold homeland. The book's timeless refrain: "It's a strange time to be a Jew."

Into this world arrives Chabon's Chandler-ready hero, Meyer Landsman, a drunken rogue cop who wakes in a flophouse to find that one of his neighbors has been murdered. With his half-Tlingit, half-Jewish partner and his sexy-tough boss, who happens also to be his ex-wife, Landsman investigates a fascinating underworld of Orthodox black-hat gangs and crime-lord rabbis. Chabon's "Alyeska" is an act of fearless imagination, more evidence of the soaring talent of his previous genre-blender, the Pulitzer Prize–winning .

Eventually, however, Chabon's homage to noir feels heavy-handed, with too many scenes of snappy tough-guy banter and too much of the kind of elaborate thriller plotting that requires long explanations and offscreen conspiracies.

Chabon can certainly write noir—or whatever else he wants; his recent Sherlock Holmes novel, , was lovely, even if the sniffed its surprise that the mystery novel would "appeal to the real writer." Should any other snobs mistake Chabon for anything less than a real writer, this book offers new evidence of his peerless storytelling and style. Characters have skin "as pale as a page of commentary" and rough voices "like an onion rolling in a bucket." It's a solid performance that would have been even better with a little more Yiddish and a little less police.