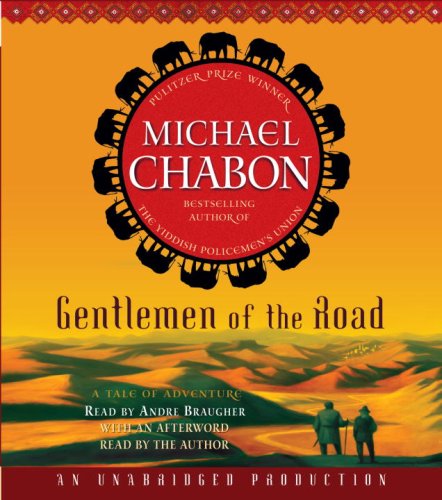 Gentlemen of the Road

The odd bond between the young Frank Zelikman and the older, dark-skinned giant, Amram, serves as the basis for Chabon's short novel about life, war and religion in the 10th century. Wandering along the Silk Road, using both knowledge and trickery to earn their way, they stumble upon Filaq, the displaced heir to the Khazar throne. The two employ their many skills to return Filaq to the throne. Braugher delivers a strong and commanding performance with a lilting rhythm to his voice that is almost hypnotic. His resonating baritone voice proves appealing for the narration. His vocalization of the strong and solemn Amram is perfect, while his lightened tone for Zelikman is also a good match. His female vocalizations aren't nearly as powerful. Chabon reads the afterword, enlightening listeners to the reasons for writing a novel he originally intended to call .