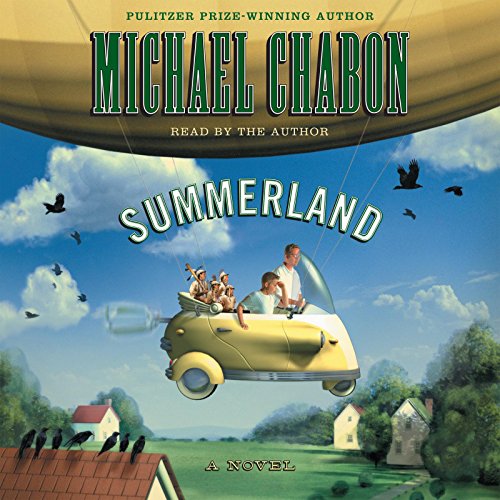 Pulitzer Prize–winner Chabon () admirably steps up to the plate as a rookie audiobook performer on this top-drawer recording of his first novel for children. The generously detailed story of young Ethan Feld's amazing summer adventure takes on vivid aural color via the voice of its creator. Though Ethan is the worst player on his baseball team, he finds himself the prospect of a mysterious recruiter. Before long, Ethan and two of his friends are spirited to a series of fantastic parallel worlds where they must rely on their baseball skills and courage to save the strange places they've just discovered and the ordinary one they've left behind. Along the way, they encounter small magical creatures called ferishers; a sensitive Sasquatch; giants; and a wicked, shape-shifting tyrant called Coyote, who kidnaps Ethan's father. As narrator, Chabon gives a confident, smoothly paced reading, befitting his familiarity with the material. But it's in the various character roles that he shines, taking detectable glee in creating dynamic vocals. His delivery of Ethan's dialogue is particularly sharp and believable. All ages.