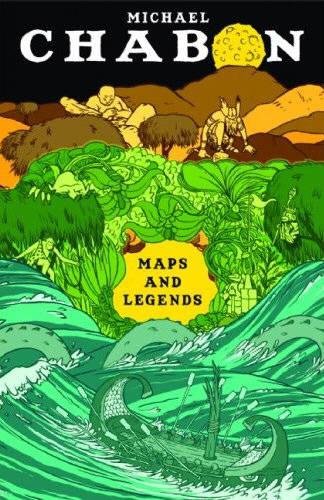 Maps and Legends: Essays on Reading and Writing Along the Borderlands

You would hardly think, reading Chabon's new book of essays, that he won the Pulitzer Prize for a book about comics. Rather, he is bitter and defensive about his love for genre fiction such as mysteries and comic books. Serious writers, he says, cannot venture into these genres without losing credibility. “No self-respecting literary genius... would ever describe him- or herself as primarily an 'entertainer,' ” Chabon writes. “An entertainer is a man in a sequined dinner jacket, singing 'She's a Lady' to a hall filled with women rubber-banding their underwear up onto the stage.” Chabon devotes most of the essays to examining specific genres that he admires, from M.R. James's ghost stories to Cormac McCarthy's apocalyptic work, The remaining handful of essays are more memoir-focused, with Chabon explaining how he came to write many of his books. Chabon casts himself as one of the few brave souls willing to face ridicule—from whom isn't entirely clear, though it seems to be academics—to write as he wishes. “I write from the place I live: in exile,” he says. It's hard to imagine the audience for this book. Chabon seems to want to debate English professors, but surely only his fellow comic-book lovers will be interested in his tirade.