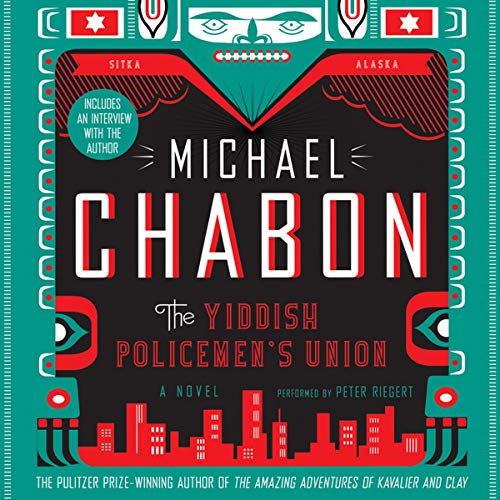 Chabon’s storytelling, in this alternate history of a world where Jews were settled in Alaska after World War II, is vivid enough, with inventive metaphors packed in like tapestry threads, but Peter Riegert’s versatile voice makes the invented society even more tangible. Told through the eyes of Meyer Landsman, a police detective investigating a murder, the novel occurs in a “strange time to be a Jew,” as several characters ruefully put it: the special Jewish district will soon be controlled by Alaska again. In a bonus interview on the last disc, Chabon relates his desire to write about a place where Yiddish was an official language. The book is shot through with Yiddish phrases and names, which melodically roll off Riegert’s tongue. He gives Landsman and his tough but warmhearted partner Berko similar yet distinct gruff voices that contrast well with the effeminate-sounding sect leader and the Southern-accented Americans who come to start the land reversion process. Riegert’s pacing increases the enjoyment of this expertly spun mystery.