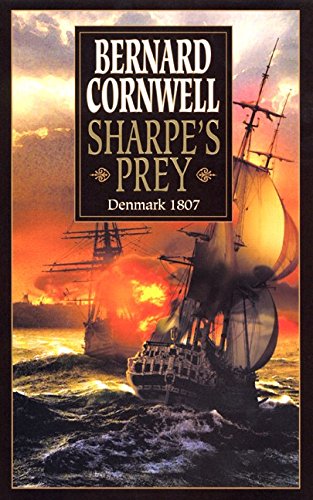 The traditional military adventure yarn remains alive and well in the capable hands of Cornwell, as his up-from-the-ranks hero, Richard Sharpe, though stuck in the lowly role of regimental quartermaster, finds himself in the thick of the 1807 British campaign to destroy the Danish navy anchored in Copenhagen before the French can seize the ships and pose another invasion threat. As ever, the story starts fast, here with the murder of an English army officer in London by Captain John Lavisser—a traitor working for the French and as vile a villain as any Sharpe has faced—and scarcely lets up until Sharpe's final confrontation with Lavisser during the British bombardment of Copenhagen. Along with the swashbuckling action, Sharpe finds romance with the widowed daughter of Britain's top Danish agent, Astrid Skovgaard, who helps him get over the loss of Grace, the aristocratic young woman he met in his last outing, , but who died in childbirth. Much of the suspense hinges on whether Sharpe will quit the army and remain in Denmark, or persuade Astrid to return with him to England. Unlike Patrick O'Brian, Cornwell doesn't dwell on the details of early 19th-century life, writing in plain prose that neither evokes nor obviously violates period. This is the 18th installment in the Sharpe series (which now covers the years from 1799 to 1821, with a few small gaps). It's anyone's guess how many more are still to come, but Cornwell fans will welcome each and every one.