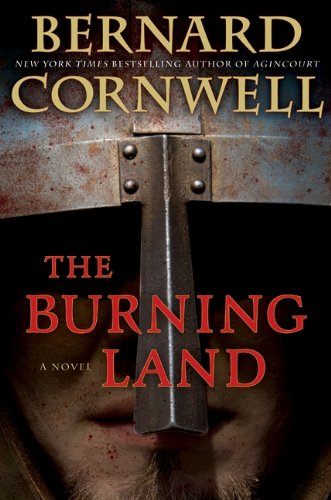 Slathered in blood and gore, Saxon warlord Uhtred of Bebbanburg hacks his way through the ninth century in the exciting fifth installment to bestseller Cornwell's Saxon Tales series (following ). This action-packed novel continues the saga of warfare for supremacy in Britain, a brutal period when Saxon and Danish swords, battleaxes, and treachery ruled the day. By now, Alfred the Great is old and feeble, unwilling and unable to repel the Danish invaders. He relies on trusty pagan warlord Uhtred, but Uhtred's temper and an unexpected violent act force Uhtred to break his oath of loyalty to Alfred and flee north with his men, intending to reclaim his ancestral home. En route, they face marauding Danish armies, betrayal, battles for a pirate treasure, and the curse of a vicious Danish witch, only to eventually be manipulated back into fighting for Alfred. Vivid descriptions of merciless battlefield slaughter, rape, and destruction are artfully related by a masterful storyteller. Uhtred is victorious in some battles, but the outcome of others will have to wait for the sequel.