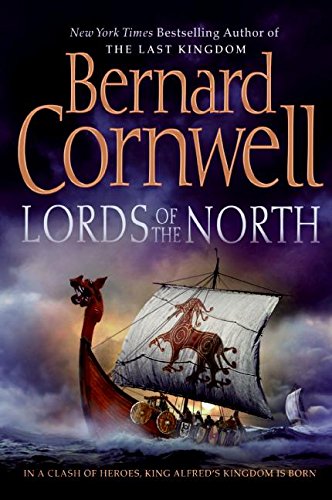 Lords of the North

Set in A.D. 878, Cornwell's splendid third Saxon novel (after and ) chronicles the adventures of 21-year-old Saxon warrior Uhtred of Bebbanburg, who believes "my swords could win me the whole world." Uhtred, who despite his Danish upbringing supported King Alfred of Wessex in the fight against the Danes in , helps free Guthred, an enslaved Dane, who proclaims himself king of Northumbria. "Fate is inexorable," Uhtred constantly bemoans as he attempts to destroy such enemies as Kjartan the Cruel, Sven the One-Eyed and Ælfric (Uhtred's thief of an uncle) and woos his beloved Gisela, Guthred's Valkyrie-like sister. Uhtred must overcome many challenges, notably King Guthred's shocking betrayal that leads to Uhtred's spending two years as a shipboard slave. Cornwell, best known for his Sharpe series ( , etc.), breathes life into ancient history with disarming ease, peppering it with humor and even innocence.