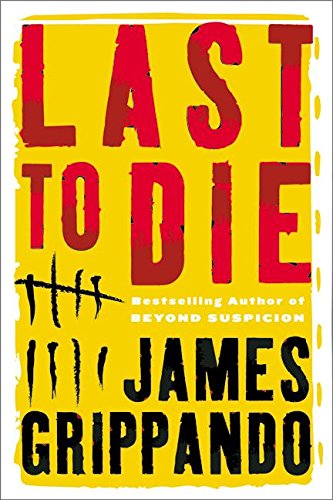 Dangle $46 million in front of six people and tell them the last one standing gets it all. From that shopworn yet undeniably tantalizing premise springs Grippando's latest thriller starring Miami attorney Jack Swyteck. The big pot of money comes from wealthy divorcée Sally Fenning, who leaves an enormous estate following her murder. Not only is her death suspicious, the terms of her will are insidiously cunning. None of the six heirs, all people Fenning despised, can collect until all but one has either died or renounced their share of the inheritance. The common denominator is that all were connected to the murder of Fenning's daughter five years earlier. There is Fenning's ex-husband, his divorce attorney, the prosecutor who failed to bring charges against any suspect, the newspaper reporter who wrote about the case and a mystery man who can't be immediately located. Swyteck's client, hitman Tatum Knight, is the only one not connected to the little girl's murder, though his tie to Fenning is odious in its own right: Fenning tried to hire him to kill her, but he steadfastly denies taking the job. As expected, someone starts knocking off heirs. Those who survive are brutally intimidated into dropping their claim on the estate. Swyteck, meanwhile, scrambles to find out who's behind it all while balancing a love affair on the side. Grippando () handles his eighth thriller, his third featuring Swyteck, with workmanlike dexterity. As a protagonist, Swyteck is likable, yet there is little to distinguish him from the current throng of attorney-heroes: he's white, refined but not prissy, fighting off middle age. Yet his adventures are comfortingly enjoyable. Despite including a pointless trip to Africa's Ivory Coast, Grippando's latest lives up to its promise as a $46-million game of survival.