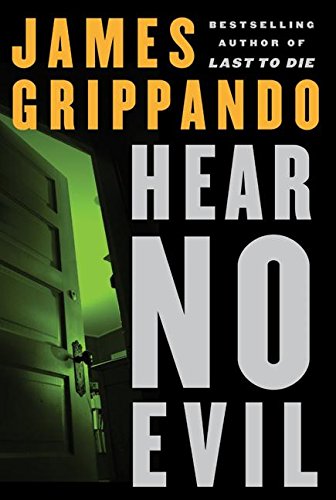 Miami lawyer Jack Swyteck is in for one hell of a roller coaster ride in this lapel-grabbing thriller, Grippando's ninth ( ; etc.). Lindsey Hart, about to be charged with the murder of her husband, Marine Capt. Oscar Pintado, comes to Jack because she believes he is her last, best chance—and also the biological father of her adopted son. Stunned, Jack thinks he recognizes the picture of the 10-year-old she shows him ("he knew those dark eyes, that Roman nose"), but he still isn't sure whether he should take the case. What if he doesn't and she's innocent? She could be convicted. But if she's guilty—and he takes the case and wins it—he doesn't want to see the child raised by a murderer. Thanks to Grippando's devious mind, that's just the beginning. Plot twists, doled out with perfect timing, include the story of the murder victim, who's the son of a rich and powerful anti-Castro activist; the prosecutor's connection to Swyteck's family; and the testimony of the defense's prime witness, who is a private in Castro's army—the murder took place on the U.S. military base at Guantánamo Bay, Cuba. It's manipulative Lindsey, however, who proves to be the book's most unpredictable element. This character-driven, intricately plotted thriller will keep readers guessing up to the end.