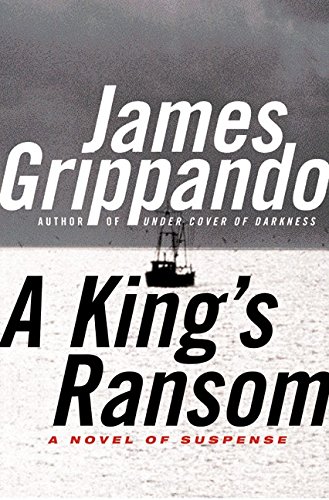 Attorney-turned-novelist Grippando's (; ) sixth effort kicks off when Matthew Rey, a Florida fisherman with a partnership in a Nicaraguan seafood operation, is kidnapped while on business in Colombia by a group of Marxist guerrillas led by a sadistic soldier named Joaquín. Matthew is dragged off to the mountains and his son, Nick, a young Florida lawyer, receives a ransom demand and tries to get his father back through official channels. Bad move: it turns out Matthew and his partner, Guillermo Cruz, are under suspicion of running drugs. Nick also learns that Matthew had kidnap-and-ransom insurance for the precise amount demanded by Joaquín. To make matters worse, the insurance provider is a client of Nick's law firm, and refuses to pay the claim, accusing Nick and Matthew of conspiracy and fraud. Nick is legally outmaneuvered by his boss—scheming senior partner Duncan Fitz—and booted out of the firm. Broke, desperate and under suspicion of several felonies, he receives help from beautiful kidnapping negotiator Alex Cabrera and his ex-fiancée, Jenna, who's also a lawyer. Naturally, he finds himself torn between his lost love and his growing affection for the mysterious Alex. Meanwhile, Matthew is a helpless witness to scenes of gang rape, torture and murder perpetrated by Joaquín and his thugs. Outflanked and running out of time, Nick delves into his father's business dealings and slowly uncovers a massive conspiracy. Grippando's experience as a trial lawyer shows in his depiction of Nick's frantic legal moves to clear his family's name; his extensive research into the kidnapping industry currently thriving in Latin America adds a harrowing dose of realism to a taut, well-constructed page-turner that seems destined for the big screen.