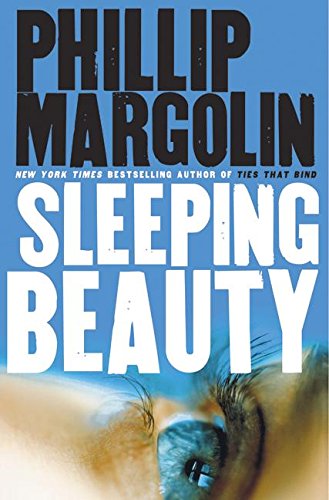 The criminal at the heart of bestseller Margolin's unsatisfying 10th thriller is particularly heinous. Late one night in Portland, Ore., he assaults teenager Ashley Spencer, rapes and kills Ashley's friend Tanya, a sleepover guest, and stabs Ashley's father to death. Ashley miraculously escapes, but her brush with terror is far from over. A few months later, just as she and her mother, Terri (out of town on the night of the attack), are beginning to re-engage with the world, the killer strikes again, murdering Terri and leaving another woman, Casey Van Meter, in a coma on the grounds of Ashley's new school, the exclusive Oregon Academy. Ashley doesn't witness the crime, but she sees Joshua Maxfield, the school's writer-in-residence, at the scene, clutching a bloody knife. Wondering why her quiet, loving family has been targeted by this madman, she goes into hiding in Europe, returning to Portland years later to bear witness when Maxfield is finally apprehended and tried. But is he guilty? And what was the motive for this crime spree? The search for answers generates a modicum of suspense, but the book never really commands much interest, thanks to clumsy plotting and even clumsier prose. Much of the story is revealed in flashbacks, framed by scenes from a reading in a Seattle bookstore given by Casey's twin brother, Miles Van Meter, who has written a bestselling true-crime book about the case and his comatose sister (and yes, it's as contrived as it sounds). Margolin ( , etc.) has imagined a particularly lurid and sensational crime, but he fails to realize virtually any of its inherent dramatic potential.