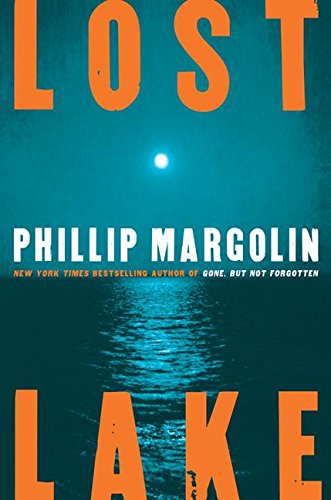 Like the lake of its title, Margolin's latest suspense novel (a hybrid with traces of legal thriller and whodunit and a big debt to ) is smooth on the surface with tumultuous secrets lurking beneath. In Portland, Ore., lawyer and single mom Ami Vergano is pleased to take in handsome handyman Dan Morelli as a tenant, since he provides a positive male role model for her 10-year-old son, Ryan. Meanwhile, across the country in Washington, tightly wound tabloid reporter Vanessa Kohler spins elaborate paranoid fantasies (or are they?) involving personal danger and government conspiracy. These two women—and their respective plot threads—come together when Dan's volatility turns a Little League game into a crime scene, and Vanessa steps forward to support him, at considerable risk. But this is only the beginning of a labyrinthine plot built on twists and surprises. Hint: Vanessa's father is an influential general and political power broker. Margolin isn't the most original writer, but what he lacks in style he makes up for in clarity. Plotting is his strong suit. The artful arrangement of the story's episodes keeps the suspense high, and the author fills in the puzzle shrewdly, with small pieces from all over the chronology. The surprises keep coming, even after the story settles mostly into a courtroom drama, with Ami defending Dan on a high-stakes charge.