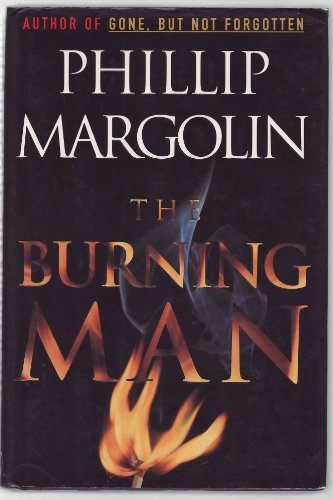 Unlike the protagonists of Gone, But Not Forgotten and After Dark, the hero of Margolin's latest legal thriller is male. But the intricate plotting and warp-speed suspense that drove those earlier novels up the bestsellers lists are here in force. With his father, a high-powered Portland, Ore., attorney, in the hospital, young and arrogant Peter Hale recklessly takes over and then fumbles a case that costs a badly crippled woman her only chance for medical care. Enraged, Peter's father disowns his son, banishing him, for one last chance, to the backwoods practice of an alcoholic public defender. Peter reluctantly agrees, but it soon becomes evident that he still has a lot to learn about humility. In Oregon, Peter gets involved with the case of Gary Harmon, the mentally retarded brother-in-law of Peter's former law school classmate Steve Mancini. Gary, who's accused of murdering a college co-ed, is also the prime suspect in a series of similar killings. Although Peter is totally without experience in a capital murder case, the ego-driven young attorney is seduced by the opportunity to redeem himself when Mancini convinces him he can become a star if he takes the case and wins. When Mancini reveals himself to be a wife-beater given to sudden rages, the atmosphere thickens as his wife--the accused's sister--turns to Peter for comfort. Complications pile up with an undercover investigation of a campus cocaine ring, and a shady, fly-by-night real estate venture. As usual, Margolin's prose is workaday and his characters boilerplate, but the man knows how to tell a legal thriller that will remind readers of the best of Erle Stanley Gardner. 150,000 first printing; Literary Guild Main Selection, Doubleday Book Club featured alternate; Reader's Digest Condensed Book; author tour. (Sept.)
close
Details