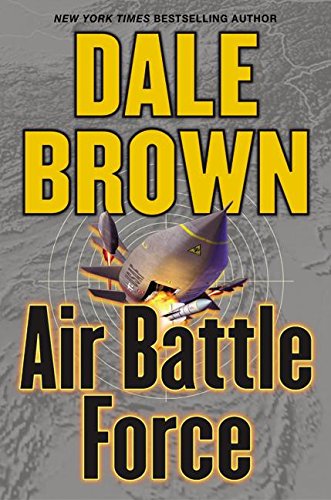 This absorbing techno-thriller follows the author's established pattern of fast action in the air and on the ground, its hard-driving protagonists equipped with an arsenal of futuristic hardware. Patrick McLanahan is back again, this time as air force major general in charge of the First Air Battle Force, a secret experimental unit with the controls to a jackpot of high-tech toys, among them air-retrievable bomb-carrying drones, venerable B-52s packing brand-new, high-powered lasers, and B-1s (called Vampires) capable of carrying out unmanned missions. Supporting McLanahan are a respectable company of the other continuing characters in the author's air force saga, which has acquired (like Clancy's Jack Ryan volumes) some of the attributes of an alternate history. These include Rebecca Furness, with her first star; maverick Daren Mace, still under a cloud and still in love with Rebecca; cigar-smoking acting Secretary of State Maureen Hershel; and charismatic ex-President Kevin Martindale. All collide when a Taliban raid into Turkmenistan leads to the overthrow of the Russian-backed Turkmen government. Eager to set things right, the Russian chief of staff engineers a military coup in Russia, pumping up the threat of war between Russia and the U.S. At the end, Brown (, etc.) has deftly set up his next book, with Turkmenistan ruled by Jalaluddin Turabi, a former Taliban bandit and now a budding statesman, while the Russians bare their fangs over the not-unexpected destruction of their bombers by the Air Battle Force. Brown fans will declare this a page-turning delight.