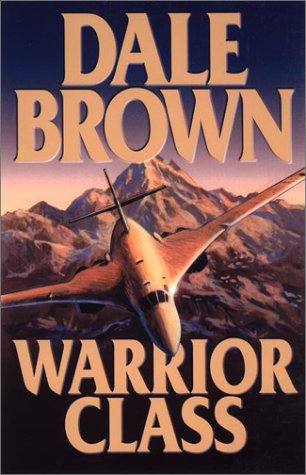 Brown's raw enthusiasm for the nuts and bolts of military hardware still courses through his gung-ho renditions of the fictional air adventures of the U.S. armed forces (; ; etc.). Here, in Brown's 13th thriller, he offers up another flag-waving, jargon-heavy, air combat whopper starring daredevil pilot Patrick McLanahan. The Russian economy and military lie in ruins; the United States, now led by isolationist President Thomas Thorn, seems content to let Europe and the rest of the world go it alone. Seeing his opportunity, Russian drug lord and oilman Pavel Kazakov decides to build a huge new pipeline from the Black Sea to the Adriatic. The line will have to go through several countries that have already rejected the idea, but Kazakov has a secret weapon: a stealth war plane that he begins using to pick fights, bombing villages and shooting down opposing aircraft. His strategy is to provoke retaliation, thereby allowing the Russian army to invade countries that won't go along with his pipeline scheme. President Thorn may not care what Kazakov is up to, but McLanahan does—and so do several of Brown's recurring characters, all rugged aviation patriots. They devise a counterstrategy to bring Kazakov's puppets face-to-face with the latest American military technology and fighting tactics. Though a captivating final dogfight over the Black Sea ups the drama level, Brown, a former air force captain, otherwise lets copious descriptions of military gadgets and procedures take precedence over action, which slows the plot to a crawl. For those who prefer their acronyms straight, this is the usual heady fare.