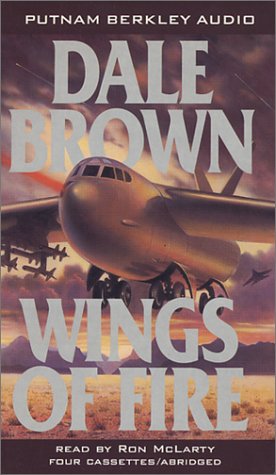 Here's the perfect solution to a too-tame commute: plug in Brown's 14th airborne saga about former Air Force General Patrick McLanahan and his Night Stalkers. Led by the wise but hot-blooded McLanahan, on the outs with his former government colleagues as well as with his family, the freelance Night Stalker commandos are testing a new anti-missile laser system over Libya when they become involved in a full-scale war between that country and Egypt, where the widow of the just-murdered president is out for spectacular revenge. TV and film actor McLarty gives all the characters—from leaders and grunts on both sides to the computer-generated voices on board the attack planes—immediate, believable distinction, and brings to life descriptions of high-tech gadgets, evil Libyan leaders and other products of Brown's active imagination. Brown (who approved this brisk, cogent abridgement) provides implausible but addictive scenes of aerial action that rank with the best of the genre.