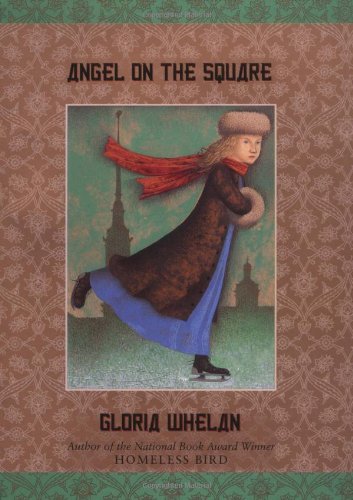 ANGEL ON THE SQUARE

Whelan () shows both sides of the Russian revolution in a sympathetic light in this absorbing saga of an aristocratic girl. The novel opens in 1913, just before Katya goes to live with Tsar Nikolai II, when her widowed mother becomes lady-in-waiting to the Empress. The royal couple and their children are like a second family to Katya. Still, the heroine cannot completely support the tsar's treatment of his people. Guided by her revolutionist friend, Misha, she witnesses the exploitation of workers in the city. Later, her exposure to country peasants forces her to realize that her own noble family is partially responsible for the peasants' suffering. On the other hand, Katya does not condone the violent reaction to oppression that is sweeping across her beloved country. Tracing each stage of Katya's enlightenment through intimate first-person narrative, Whelan brings immediacy to the historical events, offering well-rounded depictions of characters and vivid descriptions of their surroundings. The author sharply contrasts the luxurious conditions Katya enjoys in her early adolescence with the meagerness of her life five years later at the revolution's end. The book's uncomplicated language and sensitive treatment of political issues make it an excellent, vibrant introduction to the cause and effects of Tsar Nikolai's fall. Ages 10-up.