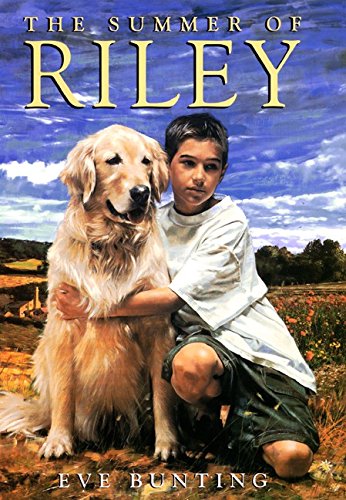 THE SUMMER OF RILEY

Bunting's straightforward story about a boy living in Oregon who learns to accept the loss of loved ones, including his dog, is heartwarming despite some heavy touches. William, 11, has had a rough time with his parents' divorce, his father's absence and his grandfather's recent death. Adopting a dog from the pound helps "close up the empty places inside." But when the dog, Riley, mysteriously begins to chase his neighbor's racehorse, his neighbor calls animal control and Riley is taken away to be destroyed. With the help of his best friend Grace, William makes flyers, write e-mails and composes a letter to the newspaper to convince the commissioner that his dog is worth saving. Pretty soon the whole community is taking sides. A few of the characters' quirks feel contrived, such as Grace's sophisticated vocabulary, and the big hole in front of the house where William and his grandfather had been building a fishpond is an obvious symbol. Overall, though, the tender moments between mother and son, coupled with equally gentle interactions between William and Riley carry the story. Ages 8-12.