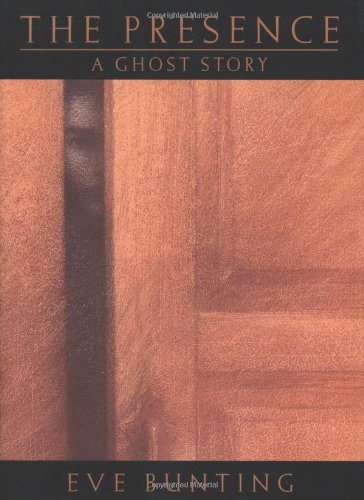 THE PRESENCE: A Ghost Story

As Bunting's () supernatural novel opens, the ghost of a 17-year-old who died 120 years earlier stands on the stairs of a California church, waiting for 17-year-old Catherine, who is spending Christmas with her grandmother while her parents travel in Europe. Noah, who now identifies himself as "The Presence," appears to be searching for a soul mate and believes Catherine is "the one." Grappling with grief and guilt over the death of her friend Kirsty (killed in a late-night car accident as the two were driving home from a party), Catherine is shocked and intrigued when Noah tells her that he has communicated with Kirsty and can arrange to have her talk to Kirsty as well. Through Catherine's and Noah's alternating narratives, the author reveals—in carefully measured doses—details of his nefarious past as well as of the accident that claimed Kirsty's life. Occasionally chilling passages describe the ghost's former exploits with other young women, most of whom have disappeared. But one intended victim, who escaped his clutches and is now quite elderly, shares her old diary with Catherine, enabling her to thwart The Presence's plans for her. Though the heroine's survival is never in question, crisp writing and questions that remain unanswered till tale's end will likely keep fans of ghost stories engaged. Ages 11-up.