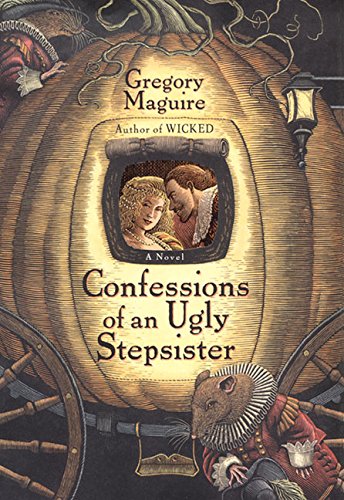 Confessions of an Ugly Stepsister

The inspired concept of Maguire's praised debut, Wicked: The Life and Times of the Wicked Witch of the West, was not a fluke. Here he presents an equally beguiling reconstruction of the Cinderella story, set in the 17th century, in which the protagonist is not the beautiful princess-to-be but her plain stepsister. Iris Fisher is an intelligent young woman struggling with poverty and plain looks. She, her mother, Margarethe, and her retarded sister, Ruth, flee their English country village in the wake of her father's violent death, hoping to find welcome in Margarethe's native Holland. But the practical Dutch are fighting the plague and have no sympathy for the needy family. Finally, a portrait painter agrees to hire them as servants, specifying that Iris will be his model. Iris is heartbroken the first time she sees her likeness on canvas, but she begins to understand the function of art. She gains a wider vision of the world when a wealthy merchant named van den Meer becomes the artist's patron, and employs the Fishers to deal with his demanding wife and beautiful but difficult daughter, Clara. Margarethe eventually marries van den Meer, making Clara Iris's stepsister. As her family's hardships ease, Iris begins to long for things inappropriate for a homely girl of her station, like love and beautiful objects. She finds solace and identity as she begins to study painting. Maguire's sophisticated storytelling refreshingly reimagines age-old themes and folklore-familiar characters. Shrewd, pushy, desperate Margarethe is one of his best creations, while his prose is an inventive blend of historically accurate but zesty dialogue and lyrical passages about saving power of art. The narrative is both ""magical,"" as in fairy tales, and anchored in the reality of the 17th century, an astute balance of the ideal and sordid sides of human nature in a vision that fantasy lovers will find hard to resist. (Oct.)
close
Details