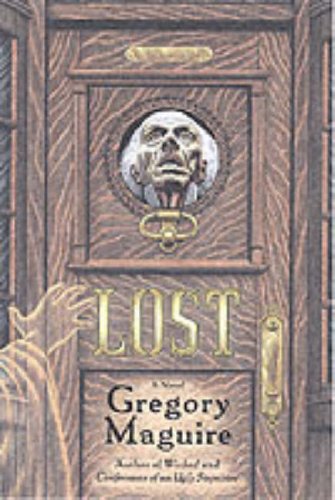 Before he broke onto the adult bestseller lists with his irreverent interpretations of the Cinderella story () and the Wizard of Oz (), Maguire wrote children's books with titles like , and . His latest is a virtual literary paella of adult and children's fantasies: , , , , even a wafting glimpse of . The result is a deftly written, compulsively readable modern-day ghost story that easily elicits suspension of disbelief. American writer Winifred Rudge, whose mass market book about astrology has been far more successful than her fiction, is in London to research a novel linking Jack the Ripper to the house in Hampstead where her own great-great-grandfather—rumored to be the model for Ebenezer Scrooge—lived. But as Winifred discovers, there is no evidence that the Ripper ever visited Hampstead, let alone buried one of his victims inside the chimney of a house there, and his presence in the story is a red herring. Much more interesting is the mysterious disappearance of Winnie's cousin, John Comestor, the latest resident of the family house. Moreover, something is making an infernal racket inside the chimney, and soon there are other bizarre manifestations of some unseen force. A Dickensian assortment of neighbors (one dotty lady is called Mrs. Maddingly) variously obfuscate and hint at strange events. Maguire's prose is both jaunty and scary; he knows how to mix spooky ingredients with contemporary situations. By the time a spirit called Gervasa begins to speak through Winnie, readers will be hooked.