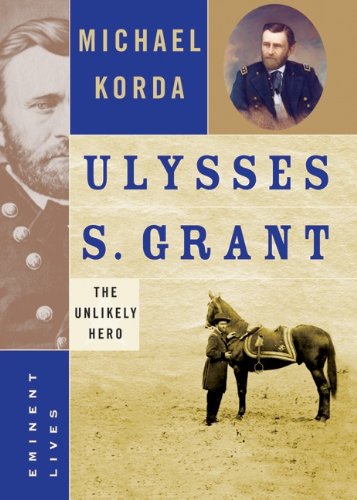 This little book will inevitably be compared with Josiah Bunting's similarly short biography of one of the world's greatest military figures (Forecasts, June 14). The marriage of author and subject works well, although Korda ( , etc.) doesn't have much new to say about Lincoln's favorite general. That's not surprising, since everyone now writes about Grant in the shadow of Edmund Wilson, who gave new fame to Grant's memoirs, and William McFeely, who has written the best full biography to date. Even so, Korda freshly characterizes his man without psychologizing an unpromising subject. Grant was, after all, unyieldingly stolid and tight-lipped. While his qualities of directness and taciturnity made him a great general, they didn't yield up a fascinating man or a great president. Korda does about as good a job of bringing Grant to life as possible and handles all the essential set pieces—Grant as Mexican War officer, Civil War general, president and author of masterful memoirs on the eve of his death—with much skill. He's less perceptive than Bunting about Grant's presidency and occasionally puts unnecessary erudition on display, but on the whole this is a highly readable, accurate study of the man.