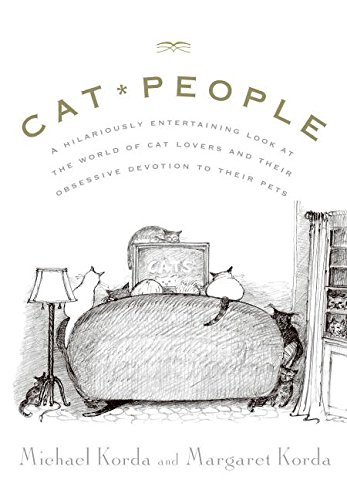 Michael Korda, Simon & Schuster's editor-in-chief, has already written about the bond between humans and animals in his acclaimed but now he and his wife offer a personal look at their infatuation with cats. The story begins before their marriage, with each having their own first cat experiences, and moves forward as they marry and begin to add cat after cat to their home. Starting with Margaret's cat, Irving, each feline's story and quirks are detailed as they move onto the Kordas' farm. The three-legged Queenie, hunter Mumsie and the amorous Mr. McTavish all receive their own chapters that document their lives. It would be easy to see this book as a vanity project penned by two cat-besotted people, but the addition of historical and philosophical anecdotes makes it more than that. From Churchill's insistence on asking the opinion of his cat Nelson during admiralty meetings to the parable of Mallarmé's cat, these tangents transform the Kordas' story into a humorous and insightful look at just how consuming cats can be for their owners. For those who have experienced what the Kordas call "cat-harsis," this book will be a fun and often hilarious read. B&w illus.