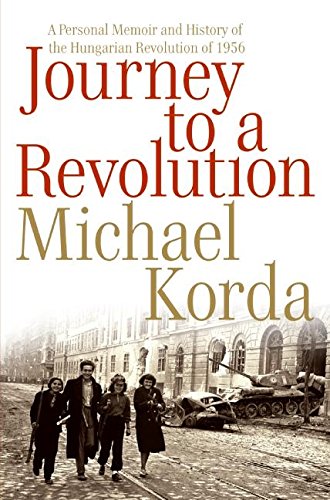 Journey to a Revolution: A Personal Memoir and History of the Hungarian Revolution of 1956

In October 1956 the Hungarian people spontaneously rose up against an oppressive Soviet-imposed Communist regime and basked briefly in the light of freedom. In this history lesson–cum– memoir, Korda ( ) stitches an appealing retelling of his journey of discovery into the larger context of the desperate, short-lived Hungarian revolt. Part hard-nosed history lesson, part affectionate celebration of Hungary and Hungarian culture, and part sepia-tinged memoir, the book attempts to pull back the veil on the post-WWII machinations of the victorious Allies and expose how such diplomatic wheeling and dealing can devastate an entire nation. The first two-thirds are strong, with both a comprehensive overview of the postwar geopolitical scene and a finely tuned take on the specifics of the Hungarian situation. Korda's account of his own journey there during the revolution at age 24 is strangely flat. Along the way from the pastoral comfort of his native England to the rubble and corpse-strewn streets of Budapest, he has some near misses with life-threatening danger. At the border between Austria and Hungary, Korda and his mates encounter a machine gun–toting guard who offers them , homemade peach brandy, and a warning about the invading Russians: "there are some very bad guys in Györ." While the tale at times has difficulty rising from the page, Korda's story is a worthy read.