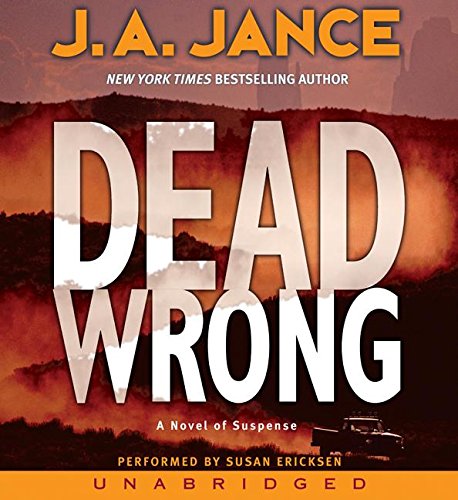 In Jance's 12th Joanna Brady novel, the sheriff of Cochise County, Arizona, is faced with two major professional cases: the murder of a self-confessed wife killer recently released from jail and the brutal rape and beating of an animal control officer. She's also dealing with new and unproven deputies and trying to finding a home for a python snake and way too many confiscated killer pit bulls. In addition, she is about to give birth to her second child, an event that precipitates the unwanted arrival of her in-laws. Sheriff Brady's problems pose no great difficulty for reader Ericksen. She lets Jance's event-packed plot do most of the heavy lifting while she reads the story simply and effectively. Ericksen prefers to differentiate speakers, be they men, women or children, by attitude and pacing rather than pitch. She can push her vocal interpretation when appropriate, providing several unique, credible south of the border accents, for example, or indulging in a little heavy breathing when the very pregnant Sheriff Brady faces danger while strapped in a confining Kevlar vest.