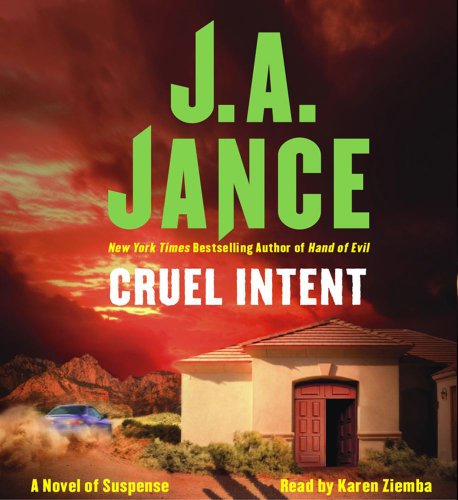 Ex–TV journalist Ali Reynolds is trying to get her house remodeled in time for her son's wedding. But her contractor has been framed for his wife's murder by a serial killer who runs an Internet dating service for the unhappily married (thus providing him with adulterous victims). What's a homeowner to do but join forces with a hacker to find the killer? This dubious plot line isn't helped by several unconvincing elements (e.g., a car rental employee spots a tiny bloodstain on the carpet of a returned vehicle; Ali's elderly mom has just bought a taser). Broadway musical comedy star Karen Ziemba adds an upbeat vitality to her narration that underlines Jance's long suits—her smoothly flowing style and smart pacing—while breezing past the book's less than stellar sections. She most effectively catches the mood of the novel's most thrilling moments when, inevitably, Ali becomes a captive of the madman.